Well, that was quite the year wasn’t it?

Like most every event or activity planned in 2020, the 9th annual Jim Hodge Run was cancelled. I was to first thank all the volunteers and hospital staff who started putting things together for that run as well as many of the regular sponsors who, despite the event not taking place, still sent in their generous donations. My family was very appreciative and humbled by this continuing support for the run which means so very much to us.

So, what about the Run in 2021? After ongoing discussion with our team, the hospital and the community we have decided to start the planning for The Jim Hodge run this year – knowing that we need to take every step we can to make it a safe event for everyone.

To that end, we have decided to move the run to Saturday August 7 and will be taking the slot held by the Bay Area Waterfront Run. This move has been discussed and approved by both the hospital and the Waterfront Committee.

This will not only give us more time to take full advantage of the vaccination programs, but will also expose the run to a larger group of participants. The Waterfront Run is on the calendar for many runners, especially those coming home for the festival.

If the decision is made to not hold the Waterfront Festival this year, we will make a separate decision on the run. In talking with our timer company, they have a number of ways to run a race that maximizes social distancing.

In addition, we will be using the Provident Health Foundation as our sponsoring organization this year. I serve on that board and our Executive Director is John Hofer, who has always been a big supporter of the run. This will allow us to continue to support of the Cardio-Pulmonary Rehabilitation Center at Aurora Medical Center - Bay Area.

We will also continue the Waterfront Run tradition of a Kids Race after the 5k/10k adult races are completed. I think this will be a great addition to the run and will reinforce the importance of beginning healthy life styles early, which is a key focus for Provident Health.

That is a lot of change, but I think it will add elements to the Run that will allow us to grow and share the memory and legacy of Jim.

Jim was devoted to the community his entire life. He worked for the Menominee Public School system and served in leadership roles for many local organizations, including President of the Bay Area Medical Center Board. After given only two years of survival, he underwent a lung transplant and more hope and endurance than anyone should need but lost his battle with Pulmonary Fibrosis, a condition that damages the lungs and impairs the transfer of oxygen to other organs.

The goal of the Jim Hodge Memorial Run is to help and support those who are afflicted with a lung condition, encourage organ donation and to keep Jim’s memory alive and active in the community. Over the last 8 years the event has raised over $110,000 thanks to the generosity of supporters. All proceeds from the run are kept local and supported the Cardio-Pulmonary Rehabilitation Center and its patients at Bay Area. A week doesn’t go by when one of these patients doesn’t express their gratitude for what we are doing for them.

Stay tuned for more information. And Thank you again for your support.

Because of COVID-19 concerns, we will not be hold a raffle this year. 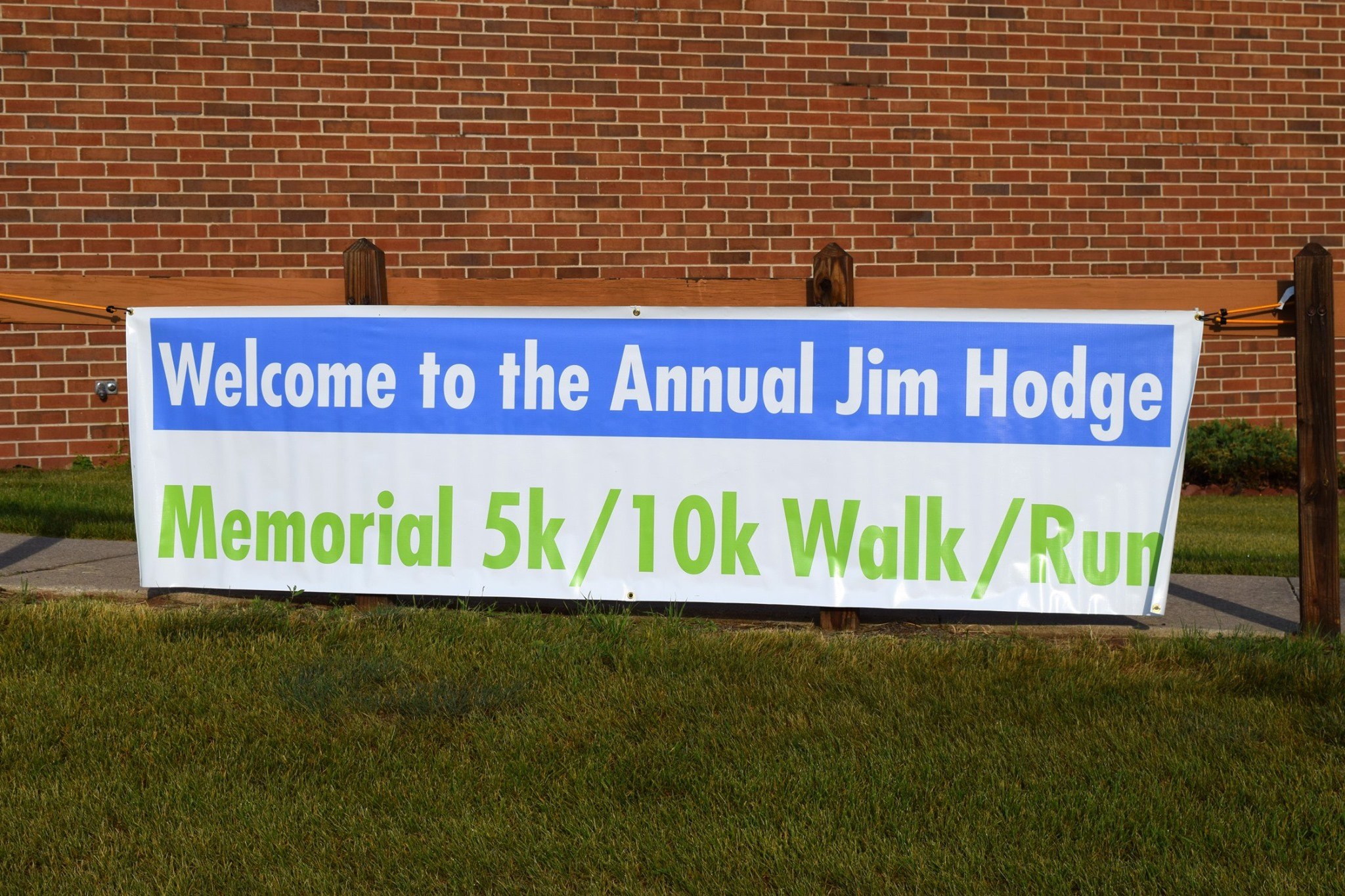 "It is in his memory that the mission of the Jim Hodge Memorial Run is to support those in the Marinette/Menominee community who require treatment for a lung condition and to encourage organ donation." 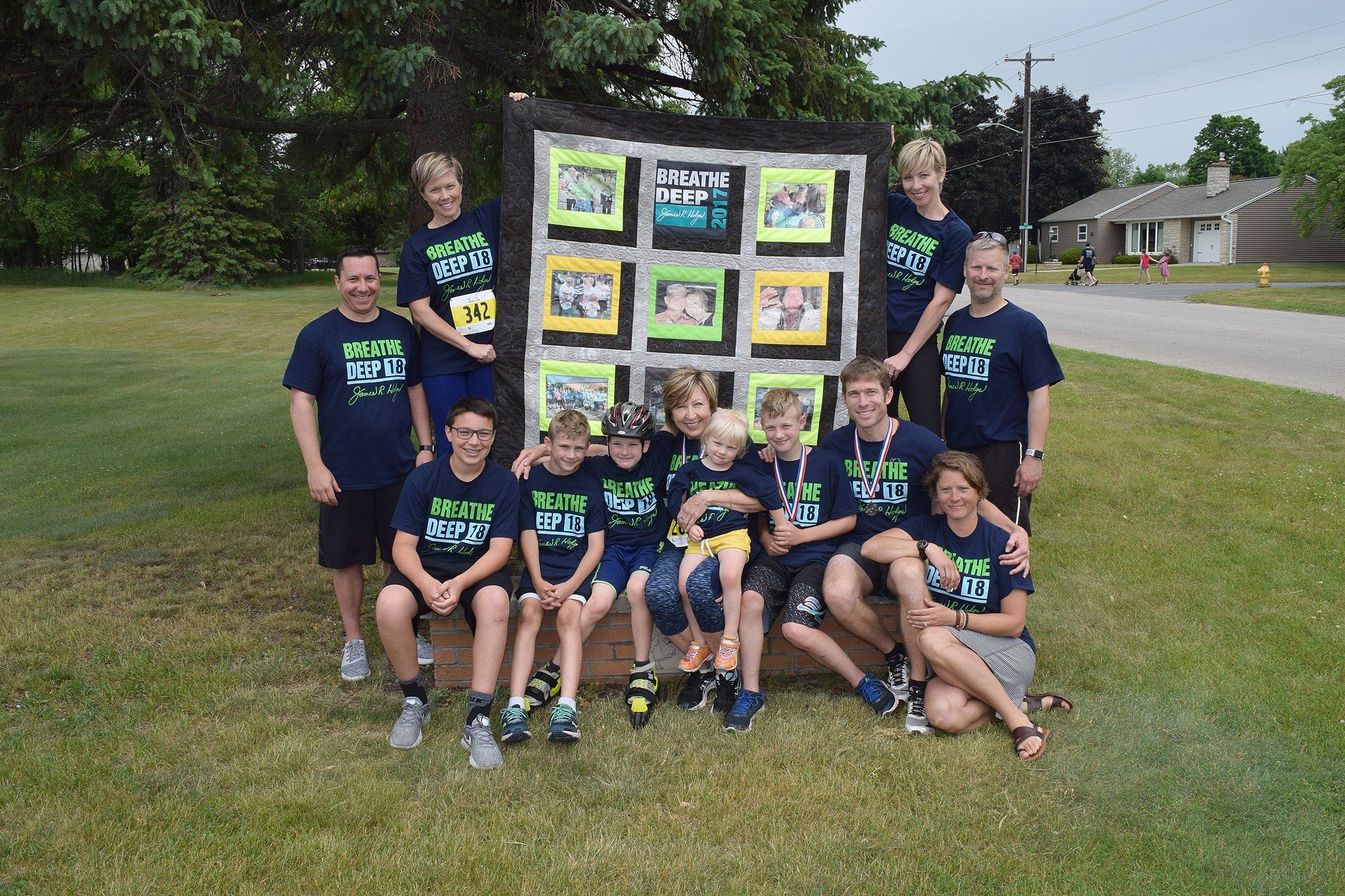 To see photos from past events, visit our FaceBook page.